When the euro area was created and the European Central Bank started operating, it had to make an important decision on how to set the price of money in an area consisting of very different economies: mature ones with strong institutions, established low inflation and interest rates (like Germany) and such , where structural weaknesses have traditionally been masked by relatively frequent currency devaluations, high inflation and high interest rates (Greece, Italy, etc.). Ultimately – due to its size and importance – the ECB was primarily guided by the needs of Germany in its decisions. As a result, the interest rates in the zone were too low from the point of view of the southern economies, which in turn triggered the processes leading to their rapid indebtedness and subsequent problems.

The above example illustrates well how in the conditions of large structural differentiation of the situation in the area of ​​functioning of the monetary policy, it becomes much less effective and that in the absence of support from other policies, its so-called the unintended consequences can prove very painful.

Unfortunately, no lessons have been learned from the story described. The opposite has happened: central banks and monetary policy have come to be generally assigned an increasing role. The leading position of central banks was sealed – paradoxically – during the eurozone crisis; The decisive factor for its fate was not so much the actions of the governments as a few words spoken in July 2012 by the then ECB president Mario Draghi: “Ready to do whatever it takes”.

With the anointing of the central banks as saviors of the world, they became, in a way, the guardians of the economic and financial order. Increasingly, the impossible was expected of monetary policy, including the replacement of other policies or the induction of systemic and structural changes. At the same time, the governors of central banks – who felt comfortable in the role of saviors of the world – did not really try to make these expectations real.

Unfortunately, the salvific role is assigned to central banks overwhelmingly. In fact – due to the instruments at their disposal – they turn out to be effective mainly in postponing problems in time (the famous “digging the can forward”), and not necessarily in solving them. Hostages. Who? The various beneficiaries of the cheap money policy in unlimited quantities. Among them, the first group are governments; thanks to the policy of central banks, the cost of financing public debt is low today, even though in many countries the level of debt is record high. GDP (which is slowly becoming the norm today), each increase in the cost of its servicing by 1% would mean an increase in interest expenditure by 1% of GDP.

The second group consists of low-efficiency companies, sometimes referred to as zombies. International studies (eg BIS) show that their share in Western economies is gradually increasing, and currently it may exceed 15%. Normally these companies should cease to exist, freeing up resources for productive endeavors. Unfortunately, in the conditions of cheap money, the “cleansing” of the corporate sector is currently limited.

Another beneficiary of the policy of central banks are weak financial institutions (including the so-called zombie banks). These are institutions that have engaged in relationships with zombie companies or other operations that have led to the accumulation of low-quality assets. Thanks to the “persistence” of zombie companies, zombie banks do not have to make huge write-offs, which could probably plunge some of them.

The fourth and particularly important beneficiary is speculative activity. Today it is an essential part of all types of markets: financial, raw materials and capital. It is also a weak link in the global economy, because on the one hand, it is strongly dependent on liquidity generated by central banks, and on the other hand, due to numerous effects (e.g. the so-called wealth effect), strongly related to the real economy. It is not difficult to imagine what would happen to the valuations of many assets – and hence to the real economy – if central banks wanted to curb liquidity.

It is these sick / weak links in today’s financial and economic systems that increasingly determine the shape of monetary policy. They keep central banks in check. How did it come about? Mainly as a result of the policy of “postponing problems in time” – offering ever larger amounts of cheaper and cheaper money, which then spills over the economy and inhibits the processes of necessary “cleansing”. If this process is allowed to last for years, paradoxically, the strength of the diseased part of the economy gradually grows, absorbing resources and taking the place originally intended for the development of healthy institutions. Until we come to a situation in which we are stuck today: there are so many weak and sick. Worse, the disease described knows no bounds. If a country (a small open economy) wants to conduct a healthy monetary policy, arrange it in such a way that the right selection takes place and funds go to the financing of good projects / companies, it is in danger of destabilization due to a sudden inflow of speculative capital from abroad. To avoid it, it must, in a way, adjust its monetary policy to its larger neighbors, thus starting unhealthy processes at home.

Why should you keep this in mind? Well, the mechanisms described above are not something that was created by a pandemic. These processes have been going on for many years, even decades. The role of the pandemic is that it has created additional preconditions to further strengthen the described process of gradual structural deterioration of economies; Under the slogans of fighting the pandemic, money is distributed today as easily as never before. This drives central banks even more into a trap; it may soon turn out that when it is necessary to implement their basic mandate – keeping inflation processes under control – they will not be able to repeat: “ready to do whatever it takes.” And this, in turn, will introduce us to a completely new reality. 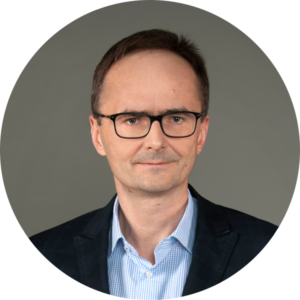